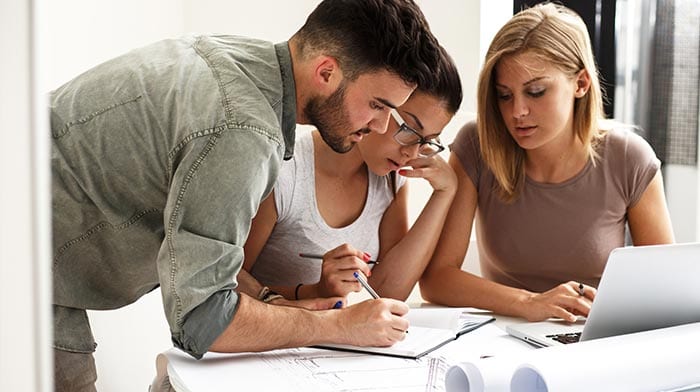 How to Maximize Your Data Center Design

Many IT facilities face the challenge of maintaining a high-availability data center while simultaneously implementing virtualization, deploying blade servers, and planning for future growth. In addition to enhancing performance, IT managers must focus on reducing operating costs.

The solution for many is to deploy a “high-density” data center, where racks hold servers that deliver well over 10 kW of power. This strategy can save a substantial amount of money for both capital costs and operating costs.

Consider these benefits of a high-density data center design:

Data centers are moving toward high-density computing environments as newer, more dense servers are deployed. The greatest benefit for moving to higher densities is saving facility space while reducing energy costs through increased efficiency. However, the magnitude of the savings available through increasing density is often underestimated.

Operational savings also are impressive – about 35 percent of the cost of cooling the data center is eliminated by the high-density cooling infrastructure.

The days when data centers opened with huge areas of unused floor space set aside for a decade’s worth of growth are coming to an end. Instead of building out, like a city with a growing population supported by sprawling suburbs, it is more efficient to build “up” and replace the sprawl with higher density racks.

This does require a different approach to infrastructure design in both cooling and power distribution.

A high-density data center design brings cooling closer to the source of heat through high-efficiency cooling units located near the rack to complement the base room air conditioning. These systems can reduce cooling power consumption by as much as 32 percent compared to traditional room-only data center designs.

Pumped refrigerant integrated solutions like Vertiv’s Liebert DSE, offer optimal thermal management and control, while reducing energy consumption. It removes heat from the data center more efficiently than air-cooled systems and offer incremental energy savings between 25 and 48 percent based on kW of cooling capacity per kW of heat load.

Originally designed to address hot spots or zones within the data center, high-density cooling systems have become the standard for future growth, meeting the needs of today’s 10, 20 and 30 kW racks while supporting densities of 60 kW or higher in the future.

Also, these cooling systems can use high-efficiency pumped R134a refrigerant that turns into a gas if it ever touches the air. This prevents an unlikely leak from ever damaging IT equipment and triggering an outage.

Single-stage distribution often is unable to support the number of devices in today’s data center as breaker space is expended long before system capacity is reached.

Also, higher amperage in-rack power distribution units (PDUs), like the Liebert MPX, can be deployed to manage higher electrical requirements within the rack. These systems can provide 60amp capacity per strip, compared with 15 amp for traditional rack power strips, and also feature a modular design that makes it easy to add additional receptacles or support high-density equipment.

As your local Vertiv partner, we’re committed to helping you optimize your IT infrastructure while maximizing availability and future growth. Our engineers can help make strategic recommendations to your data center design to maximize your return on investment. Contact us today to learn more about Vertiv solutions.